SEAPORTS play an important role in the economic development of a state. Countries having all weather deep draught ports, located in the main shipping lanes equipped with state of the art cranes and associated equipment, are an enormous source of advancement of economy.

Gwadar port has a strategic location at the mouth of the Persian Gulf, just outside the Strait of Hormuz, a busy shipping lane, the average traffic flow is 24 ships per day. These vessels carry various commodities to and from the USA, Europe via Suez, Far Eastern countries via Malacca Strait, and East African countries to Gulf States.

The idea to build Gwadar port was conceived by the government in 1993/94 but it could not materialize due to shortage of funds. In 1997 the government appointed a Task Force with Captain Haleem Siddiqui, a Master Mariner and a leading business man as Chairman, who was Minister of State in the Ministry of Water and Power, to address ports and shipping issues.

Gwadar as one of the focus areas of development as a port was identified. However, the project remained a non-starter due to economic sanctions imposed after nuclear detonation in May 1998.  Finally, on 22 March 2002, the groundbreaking ceremony of the project worth $ 248 million was held and the port facilities were inaugurated for operations in Jan 2007.

Main objectives are: (1) act as an alternate port, (2) handle transit trade of Afghanistan, China and CAR States, (3) serve as a trans-shipment hub, (4) facilitate supply of cargo to the hinterland of Pakistan and development of Balochistan especially Gwadar region.

A Concession Agreement (CA) was signed between Gwadar Port Authority (GPA) and Port of Singapore Authority (PSA) in Feb 2007 for forty years for operating and managing the port. Main features include: (a) all the charges on account of use of port facilities and services shall be collected by PSA. The PSA shall pay nine percent (9%) of its gross revenue to GPA every month.

(b) In all cases, channel dredging, both initial construction and maintenance dredging, shall be funded and undertaken by GPA, (c) the PSA shall install quayside cranes and other heavy terminal equipment.  From Feb 2007 to Feb 2013, the PSA handled only 162 ships.

The PSA, neither made substantial efforts to enhance port operations nor made any investment for expansion of port facilities, although the conditions of the CA are considered unfairly advantageous to PSA. The government in February 2013 transferred the agreement to China Overseas Port Holding Company (COPHC), ironically almost on the same terms and conditions.

This Company has so far handled about 170 ships in eight years. Except for a few carrying commodities for Pakistan, it was mostly construction material for Gwadar airport, Gwadar Free Zone, cranes and other equipment for port operation and transit trade for Afghanistan. After commencement of CPEC in April 2015, the port has been made its component and is being projected as a deep draught port, a jewel in the crown of CPEC. However, port operation is still insignificant.

The reasons may be lack of hinterland connections to other areas of Pakistan and required routes to China, security situation in Afghanistan, less import/export requirement of Xinjiang, the western province of China.

However, for trans-shipment these limitations do not matter much. It is considered that the potential of Gwadar Port to be operated as a trans-shipment hub has not been given due importance. The trans-shipment concept refers to the shipment of containers or goods to an intermediate port before being taken to the final destination.

It plays a critical role due to infrastructure limitations in smaller sea ports, primarily having shallow draught, and inefficient cranes for handling containers. The shipping lines strategy is to have minimum ports of calls of their bigger ships.

Nowadays on average, a container is handled three to four times between the first port of loading and the final port of discharge.

Gwadar Port has the opposite location to be operated as a trans-shipment hub. Bigger ships can unload/load containers here and feeders can take it to the Gulf and other regional countries and vice versa. Regarding ease of business, the containers for trans-shipment do not go out of the bonded area of the port, therefore, there is minimum involvement of customs and anti-narcotic officials.

The government has issued SRO No: 03(1)/2021 dated 4 January 2021, which gives details about trans-shipment. It is obvious that initially it would be difficult for Gwadar port to compete with well-established trans-shipment ports in the region like Salalah, Sohar, Duqm, Jebel Ali and Hambantota of Sri Lanka.

Therefore, in the beginning overall cost may be levied less as compared to the competitive ports. It is pertinent to mention that a large number of ships of Chinese state-owned company COSCO, fourth largest in the world, call on regional ports.

It is most likely that ships of this Company will prefer using Gwadar port for trans-shipment because it will benefit the Chinese Company operating the Gwadar Port. Other shipping lines are likely to follow.

The prime factor for a trans-shipment hub is depth of the channel, which is presently lacking at Gwadar because its present average depth has been reduced to 11.5m which needs to be dredged to designed depth to 14.0m. The estimated cost is about $ 26.0 million in six months. Efficient Wi-Fi system is another essential requirement which needs to be improved.

It is pertinent to mention that deep draught ports Sohar and Duqm of Oman were made operational in 2004 and 2012 respectively mainly for trans-shipment.  If we had started trans-shipment from Gwadar Port in Jan 2007, we would have faced less competition now.

However, the government should give due importance to the operation of Gwadar port as a trans-shipment hub, which will be a source of economic enhancement and creation of jobs for the area of Gwadar region which is the need of the hour. 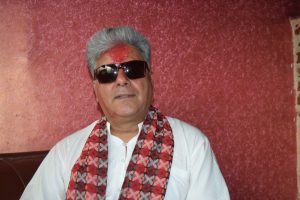 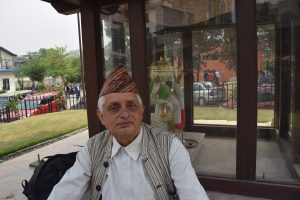