Human rights abuses in the Indian Occupied territory of Jammu and Kashmir have made the lives of the local people simply a hell. From mass killings to enforced disappearances and from torture and sexual abuse to political repression and from the ban on freedom of speech to rape; the tale of miseries never comes to an end there. The helpless people of Indian Occupied Kashmir have to face the cruelties not only of the Indian Army troops deputed there but also of the Central Reserve Police Force, Border Security Personnel and various personnel of the Indian intelligence agencies. Hundreds of Kashmiri leaders have been sent behind the bars just for raising their voices against the Indian atrocities in the valley. Throughout the world various human rights organizations have been protesting against this cruelty but yet there is no one to listen to their protesting voices. A very notable intensity has been observed in the Indian atrocities after Modi’s decision of scrapping the semi-autonomous status of the Jammu and Kashmir region in August 2020.

Pakistan, being the only one to listen to the helpless Kashmiris, has always tried to raise its voice in favour of the Kashmiris. A few days back Pakistan’s Foreign Ministry issued a statement that said that Pakistan is very much worried about continued incarceration and deteriorating health conditions of pro-freedom Kashmiri leaders who have been stuffed into prisons for raising their voices in favour of the Kashmiris. “These Kashmiri leaders have been illegally arrested over malicious, false, and fabricated charges by the Indian government through invoking draconian laws promulgated in Indian Illegally Occupied Jammu & Kashmir (IIOJK),” said the statement. These leaders include Asiya Andrabi, the founding leader of the Kashmiri organization Dukhtaran-i-Millat or Daughters of Nation; Shabbir Ahmed Shah, the leader and founder of the Jammu and Kashmir Democratic Freedom Party, and prominent leaders such as Yasin Malik, Masarat Alam Bhat, Mohammad Ashraf Sehraie and others. Most of them are in New Delhi’s Tihar jail where the pandemic of Covid-19 is at its worst. Many of the other leaders like Ali Shah Gilani and Mir Waiz Umar Farooq have been under house arrest for a long time.

Expressing its deep concern over the maltreatment of the Kashmiri leaders, Pakistan’s Foreign Office said, “Imprisonment and torturing of Kashmiri leaders on the basis of their political ideology and struggle against illegal Indian occupation is a true reflection of the extremist mindset of the RSS-BJP regime which has no respect for the human rights of the Kashmiri people.” Islamabad urged the international community, particularly the UN, and human rights and humanitarian organizations to take notice of the Indian government’s “inhuman treatment of the Kashmiri leaders and raise its voice for their immediate release from illegal Indian detention.” Security forces in Indian-administered Kashmir have been accused of carrying out beatings and torture in the wake of the government’s decision to strip the region of its autonomy.

A few months back, the BBC sent a correspondent to the valley to see the on-ground realities. The correspondent reported that several villagers had told him they were beaten with sticks and cables and given electric shocks. Many of the villagers showed him the injuries inflicted upon them. ‘Tens of thousands of extra troops have been deployed to the region and about 3,000 people, including political leaders, business people and activists, are reported to have been detained. Many have been moved to prisons outside the state,’ says the report. According to a report prepared by Kashmir Media Service in the Indian Occupied Kashmir, more than 275 people were killed in the year 2020 by the Indian security forces. More than 60 women were brutally raped by the Indian forces in the same year. The report said that since 1990, the Indian army has martyred over 100,000 Kashmiris, widowed 22,000 women, orphaned 108,000 children and raped more than 11,000 women.

According to the latest reports lady Asia Andrabi, a very active leader of Kashmir was arrested in 2018 along with her assistants Nahida Nasreen and Fehmida Sofi and shifted to the Tihar Jail. The arrested women were accused of sedition and anti-India activities and foreign funding by India’s National Investigation Agency the NIA. After completion of the so-called investigations, the NIA sent the charge sheet to NIA’s Special Court. Recently on 21 December, the NIA Court started hearing this case. Sources say that in the second week of January 2021, the NIA Court is going to give its verdict against these three women. This verdict would simply add a new chapter to the book of State-Cruelties in the Indian Occupied Kashmir.

Last October Mr. Shah Mehmood Qureshi, the Foreign Minister of Pakistan also complained about India’s hostility on the Kashmir issue and said that this brutal behavior poses a serious threat to peace and security in the region. Addressing the virtual meeting of Conservative Friends of Pakistan, he said he has written a number of letters to the UN Secretary-General and the President of the Security Council on the Indian posture but has yet not received any response. He further said that India should be pressurized to stop human rights violations in the occupied territory and move towards resolution of the Kashmir dispute as per the UN Security Council resolutions. In spite of all these efforts by Pakistan, the Kashmiris in the Indian Occupied Kashmir are continuously living in a hell of hatred and indignation. No one knows when this turmoil is going to end. 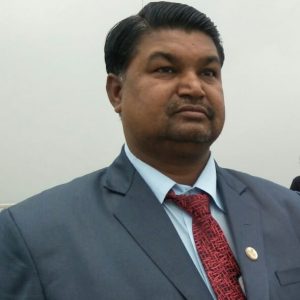